4 Reasons to Be Skeptical of MannKind Stock

We all know the obvious reasons not to quite love MannKind (MNKD). For instance, MannKind stock lost more than 40% in the past year while the S&P 500 gained around 8%. Then there's the initial sales results of Afrezza, MannKind's only drug on the market, that were less than stellar. mannkind mnkd stock twitter 300x150 4 Reasons to Be Skeptical of MannKind Stock (MNKD)I dug deeper into MannKind, hoping to find something that could prove MNKD stock isn't just a speculative stock with no substance, but what I found hasn't exactly eased my concerns. With MannKind, it's all about opportunity, and there's no shortage of that. About 30 million people in the U.S. have diabetes, and the 387 million suffering from diabetes globally will rise to 592 million by 2035. MannKind's Afrezza, an inhaled treatment for type 1 and type 2 diabetes, should be flying off the prescription pad and into pharmacies. Seriously, not having to jab yourself with a needle several times a day should be a huge plus. The problem? Afrezza's not really the driver of growth we thought. 'Technosphere' Licensing: Haven't We Been Here Before? The most novel aspect of Afrezza is its delivery method by inhalation. MannKind dubbed the technology "technosphere" and is developing four new drugs that all use the method, and a drug for pain management widely thought to be a migraine treatment is already in pre-clinical trials. If you're hoping this would save MNKD from disappointing Afrezza sales, you'd be better off finding a different whale to pin your hopes to. If MannKind hopes to enter pain management with a migraine treatment, it doesn't just have an uphill battle — it has Mount Everest. A successful migraine drug requires MNKD to find a safe inhaled form of triptan (the medication that treats migraines with a litany of symptoms) and get it past the FDA. This has proven a herculean task that's bested Allergan (AGN) and Teva Pharmaceuticals (TEVA), among others. Not only that, but MNKD has promised results from licensing its technology for years and has seen absolutely none. For instance, in 2012 MNKD had a partnership for a pain management drug described as "pretty marvelous" that never found its way into the market or more headlines for that matter. Afreeza Is Still Unknown As many as 35% of doctors are unaware of Afrezza and most physicians won't prescribe a new drug for a year or two, or until results are proven among patients. And even when more doctors and patients do become aware of Afrezza, it doesn't necessarily mean they'll want it. For instance, primary care physicians require a special device called a spirometer to test patients' lungs before giving them the drug. This is heavy burden for the physicians, as it reflects a higher cost on their part to try a drug that is unproven in the market. Some have cited that the spirometer will pay for itself in the cost given to patients for the test, but many patients may decide they don't want that extra cost and hassle, opting for a standard drug instead. Afrezza also comes with a huge caveat — it cannot be used in those with asthma or smokers (or those who quit smoking within six months). That automatically bars 8.3% of children and 7% of adults who have asthma, and 18% of the population who are smokers. Sanofi Benefits More than MannKind Sanofi (SNY) is engaging in a direct-to-consumer advertising campaign to bolster awareness among both doctors and patients alike, but if Afreeza sales begin to pick up, Sanofi seems to stand to gain the most. To date, MannKind's received $50 million from Sanofi and milestone payments could range as high as $750 million from Sanofi for Afrezza sales. But consider that MannKind only gets 35% of future profits, and Sanofi looks to have the better deal. MannKind stock price is volatile enough, and the company hasn't posted positive earnings yet. I'm not too sure 35% of the profits from even its so-called wonder drug can be enough to keep MannKind stock price from slipping from its speculative gains this month. The Senior Population Can't Afford It As I said earlier, this is about opportunity. Many senior citizens with diabetes find insulin treatments can be difficult. The technosphere delivery method makes insulin treatments easier to perform for the elderly as it uses pre-measured cartridges rather than forcing an aging mind to daily manage their insulin with their food intake. But is it an opportunity MannKind can meet with Afrezza? Maybe in the future, but right now Afreeza is expensive, costing nearly double the Sanofi injectable insulin, Apidra. Begging the question of how insurers plan to cover the extra cost of Afreeza. A look at other drugs with high costs, like cancer drug Provenge, which also offered similar usage benefits to cancer patients as Afrezza does for diabetics, shows the benefits associated with use do not always justify the price tag. Provenge's Dendreon (DNDNQ) filed for bankruptcy last year after its drug performed poorly on the market. Now, none of this means Afrezza is a poor product. On the contrary. Those who've used it loved it. But even so, one user's experience with Afrezza doesn't translate into sole usage of the drug: "…at the moment I'm still using Victoza and Farxiga, along with Afrezza. And there's a new med on the horizon – Januvia or Tradjenta or Onglyza (DPP-4 Inhibitors)… more on that after my next endo appointment. Looks like I could be downing quite a cocktail mix in the near future." The convenience factor of Afrezza is cut down to nil if it means tacking on yet another treatment for senior citizens to remember to take. What then is the justification for the higher price? 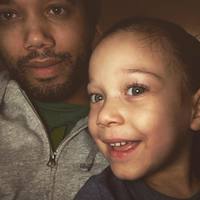