The Affordable Care Act is at the center of recent healthcare discussions. Health insurance co-ops are seeing increasing favorability. Why do co-op members favor the system to traditional healthcare? One of the most discussed issues over the past year or so has been the Affordable Care Act (ACA), yet talk of health insurance co-ops has barely made a ripple in the debates. However, the number of people who have opted to join health insurance co-ops, although small when compared to populations covered by main-stream insurers, has reached the 400,000 mark nationally. Why are co-ops popular among their members?

Although included almost as an afterthought in the ACA, the provision for the establishment of Consumer Operated and Oriented Plan (CO-OP) Programs was, according to the Centers for Medicare and Medicaid Services (CMS), to allow individuals and small group markets access to nonprofit health insurers offering competitive plans. The federal government has issued around $2 billion in loans to private groups to found nonprofit and consumer-based health insurance companies. When the purpose of the ACA is taken into account — to make health insurance more affordable for those with little or no coverage — it seems that health insurance co-ops tuck snugly into that vision.

Health insurance co-ops are now operating in 23 states and are run predominantly by the individuals and small businesses who buy insurance coverage through the co-ops. This means that members have a say in how co-ops are managed, and the insurance plans are tailored specifically to meet local needs and are affiliated with community healthcare providers. Health insurance co-ops had to meet stringent application criteria before being accepted by the federal government. The start-up and solvency loans have to be paid back within five and 15 years respectively, and are issued with strict rules about what they may be spent on. For example, start-up loans are not to be used for advertising.

One of the stipulations of the ACA with regard to cooperatives is that any profits earned by the organizations must be plowed back into the businesses to either lower premiums or improve benefits. As a result, co-ops are focused on members' needs rather than on making huge profits. Each member has a vote in making decisions, and because they are responsible and accountable it's most likely that overuse of healthcare benefits will be kept to a minimum and premiums will be kept low. Members have bought into the co-ops vision and enthusiastically spread the word about this new type of health insurance. Health insurance cooperatives have brought lower prices and more choices into the marketplace. The public can only benefit from this, and once enrollment for 2015 opens on Nov. 15, it'll be interesting to see how the co-ops do. Image: 401(K) 2012 via Flickr. 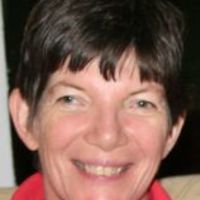