Psoriasis is a chronic autoimmune skin condition. When a person has psoriasis, their immune system triggers skin cells to shed too quickly, leading to a buildup of new and old skin cells. This buildup results in the characteristic red, scaly patches of skin. These scales most often appear on the elbows, knees, and scalp., but can be anywhere on the body. Though there is no single cause of psoriasis, experts believe it's caused by a combination of an immune system problem, genetics, and certain triggers. Psoriasis is often itchy and painful, and its appearance can cause emotional distress and embarrassment for affected people. Though there is no cure, a number of treatments are available.

Some home remedies, either alone or in combination with medical treatment, may improve the symptoms of psoriasis. Though home remedies can be helpful, they should be discussed with a doctor before beginning. Certain remedies could interact with medications, and psoriasis symptoms should be tracked to ensure they're not getting worse.

Many people with psoriasis find that exposure to sunlight can improve the appearance of their skin. Sun exposure should be done gradually and for short amounts of time.

The National Psoriasis Foundation recommends starting with 5 to 10 minutes of sun exposure once a day at noontime. Healthy skin should still be protected with sunscreen and/or clothing, leaving only the affected areas exposed. If skin tolerates it, the time in the sun can be slowly increased in 30-second increments. If sunburn occurs, sun should be avoided and patients should ask their physician about further sun exposure. Sunburn can make psoriasis worse.

The sun and indoor tanning beds emit UVA and UVB rays. Only UVB rays are beneficial to psoriasis symptoms. For this reason, many experts including the National Psoriasis Foundation and the American Academy of Dermatologydo not recommend commercial tanning beds. Tanning beds emit mostly UVA rays, and greatly increase a person's risk of skin damage and cancer.

Patients should ask their doctor before trying sun exposure as a home remedy. Some medications can make skin more sensitive to the sun. People with a personal or family history of skin cancer may be advised to stay out of the sun.

Omega-3 fatty acids, commonly found in fish and fish oil supplements, have been shown to reduce inflammation and improve autoimmune diseases. For this reason, they can be helpful for psoriasis symptoms, which is both inflammatory and autoimmune. A study in Clinical, Cosmetic and Investigational Dermatology found that supplementing with omega-3 fatty acids did improve psoriasis symptoms when combined with a topical treatment.

Capsaicin is an ingredient found in red peppers that has been shown to fight inflammation. A study in the Journal of the American Academy of Dermatology found improvement in moderate to severe psoriasis symptoms with a capsaicin topical cream, and the American Journal of Clinical Dermatology reports that capsaicin may hold promise as a psoriasis treatment. Capsaicin creams can often be found in pharmacies and health food stores.

Probiotics are friendly bacteria that can be found in yogurt, fermented foods, and supplements. Experts agree that the right balance of bacteria in the body helps the immune system. Because psoriasis is an autoimmune disease, probiotics may be helpful in managing psoriasis symptoms.

A study in the journal Gut Microbes suggests that a certain type of probiotic called Bifidobacterium infantis 35624 may help regulate certain inflammatory responses in the body that contribute to psoriasis symptoms.

Curcumin is the active ingredient found in the Indian spice turmeric. It may reduce inflammation in the body, and a study in the journal Biochimie found it had a positive effect on psoriasis symptoms in mice. Curcumin can be found in pill or capsule form in many health food stores.

Oregon grape or mahonia aquifolium is an herbal remedy that may help calm the immune response in psoriasis. Applying a cream containing at least 10 percent mahonia aquifolium may improve symptoms. It should not be taken internally.

The gel from inside an aloe vera plant is known to help heal skin wounds. It may also help reduce redness, scaling, and inflammation from psoriasis. Aloe should be applied directly to the skin, not taken internally. If using an aloe cream, check the label for one that contains at least 0.5% aloe. Many health food stores carry aloe creams and gels.

Apple cider vinegar can be helpful for scalp psoriasis itching and burning. It has natural germ-killing properties and can be soothing for the scalp. It should not be applied to broken or cracked skin. Vinegar may need to be diluted with equal parts water for a gentler treatment. If it burns when applied, its use should be discontinued.

Because itching and flaking can make psoriasis look and feel worse, it's important to keep skin moisturized. A heavy ointment or thick cream may help control symptoms and keep skin feeling comfortable. Those that are labeled for "sensitive skin" and that contain no added fragrances or dyes may be the most helpful.

Warm baths with salts or oats

Baths can be soothing, but too long or too hot baths and showers can strip skin of its oils and make psoriasis worse. Some people find that soaking in a warm bath with colloidal oatmeal or epsom salts feels soothing and can help relieve symptoms. After bathing, an appropriate moisturizer should be applied while skin is still damp. This can help prevent moisture loss. 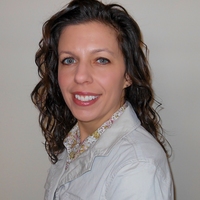 I have 15 years of experience as a health, medical, and wellness writer. I was the lead writer for a hospital for nearly a decade before beginning my freelance career. I focus exclusively on health and medical clients because I have a thorough understanding of the industry and a passion for all things health. I specialize in blog posts, website copy, feature articles, and marketing content. I graduated with honors from a top-rated journalism school, so things like grammar, style, and consistency are extremely important to me. But, I also have years of experience specifically writing for health, medical, and wellness clients, so I know the field. Health is my interest and my specialty. General writers who cover any topic won’t know your area of expertise like I do. I have the knowledge and ability to create the best copy for yo...

5 reasons you got the "stomach flu"

Of all the common illnesses out there, none can strike fear in the hearts of grown adults like no... Read More

Antibiotic resistance - and why we should care

Can you imagine living in a world where you were terrified of getting strep throat because you mi... Read More