The (first world) problem with being in the midst of television's golden age is that it's virtually impossible to keep up with all the 'must-see' new TV shows vying for our attention. Whether they were tucked away in the schedules, appeared lower down your EPG or suffered from a lack of promo, here's a look at ten small-screen gems that may have slipped under your radar in 2015. 1. The Goldbergs An 80s-based comedic take on The Wonder Years, the wonderfully retro The Goldbergs boasts a trio of likeable kids, scripts which manage to be heartwarming without descending into schmaltz, and one of the most hilariously smothering TV mothers of all time. With Modern Family becoming slightly stale, it's also now the best pre-watershed sitcom on the box. But the decision to strip its first two series over two months at the unfashionable time of 7.30pm would have had the show's hero Adam calling the E4 scheduler a 'putz.' 2. UnREAL Who saw this coming? Renowned for trashy reality series, soapy TV movies and unauthorised stories of early 90s teen shows, Lifetime actually managed to produce something that didn't kill viewers' brain cells this year in the shape of UnREAL. Co-created by a former producer of The Bachelor, this dark dramedy about the makings of a fictional dating show was sharp, savvy, and at times, downright shocking. And although its characters were, on the whole, awful awful people, fantastic performances from the likes of Shiri Appleby and Constance Zimmer still made you want to watch their immoral antics week in week out. 3. Younger The latest project from Sex and the City creator Darren Star has only just started showing on Sony TV so there's still time to catch over half of its 12-episode first season. Far sweeter and less sex-obsessed than SATC, Younger stars Sutton Foster as a 40-something divorcee who knocks 15 years off her age in order to land a job in publishing, and inadvertently a hot tattoo artist. Yes, it's completely far-fetched and featherlight, but it's the kind of charming rom-com that's perfect for breezing through on a wet and cold Sunday afternoon. 4. Boy Meets Girl Airing straight after Cradle to Grave on BBC2, Boy Meets Girl was undeservedly overshadowed by the story of Danny Baker's teenage years. But thankfully, channel bosses have still commissioned a second series of the show dubbed the UK's first transgender sitcom. For such a ground-breaking premise, there was something surprisingly comforting about BMG, whether it was the performance of its two appealing leads, the warm-hearted script or the cast of supporting characters who ensured that there was just as much comic relief as there was issue-based drama. 5. Together BBC3 also gave us an adorable, if slightly wackier, romantic comedy this year in the form of Together. Written by and starring Jonny Sweet, whose adorably bumbling performance recalled Hugh Grant at his most 'gosh, crikey,' this TV adaptation of Radio 4 series Hard to Tell somehow managed to be charming, amusing and odd at the same time. Let's just hope its channel's online move doesn't prevent a second series. 6. Glitchy An ITV2 sketch show which proved to be laugh-out-loud funny, Glitchy saw Plebs star Ryan Sampson take on a whole host of weird and wonderful characters while roping the public into various ridiculous fake TV programmes. His Britain's Next Top Hand Model and Real Jockey Housewives of Birkenhead spoofs were both far more entertaining than the real things, but it was his Dynamo-turned-street criminal routine which stole the show. 7. The Last Man on Earth As with Catastrophe, The Last Man on Earth has rattled through two entire series in 2015 but has impressively still left you wanting more. Despite its impossibly bleak premise – a virus has wiped out the entire population, save for a handful of mostly misfits – this FOX sitcom still contained plenty of laughs, largely thanks to Will Forte's committed performance as the titular hapless jerk and Kristen Schaal's turn as his quirky on-off partner. 8. Banana The sheer awfulness of Channel 4's Cucumber may have deterred you from switching over to its more youthful E4 companion, but if so, you would have missed out on some of the best standalone stories on TV this year. Indeed, ranging from dramatic tales of revenge porn and asylum seekers to light-hearted accounts of first dates and awkward threesomes, anthology series Banana offered a far more varied and believable portrayal of modern LGBT life than Russell T. Davies' wretched Queer as Folk follow-up. 9. Narcos The unsung hero of Netflix's stable of self-made shows, Narcos has been virtually ignored compared to the likes of Unbreakable Kimmy Schmidt, Better Call Saul and its Marvel spin-offs. A bilingual drama about the proliferation of cocaine drug cartels, and Colombian kingpin Pablo Escobar's in particular, may be a hard sell. But those who have invested their time in its ten episodes have been rewarded with a tension-filled tale which serves as a history lesson as well as a gripping drama. 10. The Jinx: The Life and Deaths of Robert Durst Saving the best until last, this six-part HBO documentary series sent shockwaves across America earlier this year thanks to a jaw-dropping last-minute twist which has to be heard to be believed. Focusing on real estate heir Robert Durst, and the many murders he's been accused of committing, this remarkable blend of interviews, archival footage and stylish re-enactments proves that reality is often far more gripping than fiction. 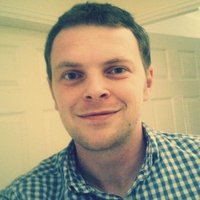 Film-makers have often struggled to capture the finesse, tension and thrills of the nation's favo... Read More