10 Biggest Cities in Vermont: How Well Do You Know The Green Mountain State?

Vermont, The Green Mountain State, is home to one of the biggest technology and manufacturing giants in the world, IBM. With many thriving industries, Vermont has its place on the map. But, how well do you really know the state and its biggest cities? Vermont has been dubbed the second smallest state in the U.S, in terms of population, and sixth smallest in land mass. Wyoming is the smallest. Vermont's 600,000 residents make up the 9,000 square miles in land mass and is predictably, filled with residents. Yet, it still makes good use of space, as its ranked 30th in the nation for population density and populates 67 residents per square mile. However, even in a small state, there are large cities that can be likened to a small New York, even with a small population. According to Geonames.org, the biggest cities in Vermont differ slightly than what some other sources may conclude, since biggest cities could be based on mileage or population. As of 2013, they have these cities at the top: 1. Burlington - With a population of over 42,000, it's small beans compared to larger cities that have millions compacted into them. The city is also home to many large corporations so it's a great place to commute to from a suburb. The city is just about 15 square miles. 2. South Burlington - The city has roughly 17,000 residents, quite a few smaller numbers than just Burlington. Interestingly, the city has almost 30 square miles, twice as much as Burlington. 3. Colchester - The city is just under South Burlington with a population of almost 17,000 people. It covers 58.6 square miles and is located in Chittenden County. 4. Rutland - This city is also close to Colchester, with nearly 16,500 residents. It only covers 6.7 miles, but the city utilizes good space for how small they are. 5. Essex Junction - The city is almost less than half the size of Rutland with a population reaching only 9,200 residents. It's also home to IBM's manufacturing plant. 6. Bennington - This city is close behind Essex Junction with almost 9,100 residents. It's one of two shire towns of the county, the other being Manchester. It houses Southern Vermont University. 7. Barre - With about 9,050 in occupants, this city is falling behind Bennington's population. The city was also the main location for mining granite in the 19th century and brought many immigrants to Barre. 8. Williston - The population now has 8,300 people. Boasting of the biggest shopping area in the state, Williston is becoming shopping central for consumers alike. 9. Montpelier - The city has about 7,800 residents and is the state capital. It's also where 2,300 people work from all over the state in its government offices. 10. St. Johnsbury - This is considered the smallest of the largest cities in Vermont and has 7,500 residents. The oldest occupied residence in the city was built in 1805 and is slated to be on Clarks Avenue. Since Vermont has one of the slowest population growth rates in the country, these city populations may stay unchanged or lightly change and may stay around 650,000 residents for the foreseeable future, according to the World Population Review. 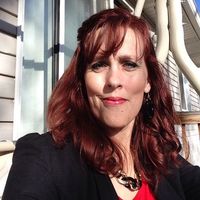 Hire Julia N
No Ratings
Get Started With This Writer View Profile
Power your marketing with great writing. – Start your 30-day free trial today! GET STARTED