In 1955, Albert and Sallie Bolton, an African American couple living in Chicago's "Black Belt" on the South Side, purchased their first home for $13,900. A single-family property in the city's Hyde Park neighborhood, the home seemed like an opportunity – the couple had four children, and the area's schools were among the city's best – but the Boltons were, in fact, victims of contract buying, one of the many methods of housing discrimination that would come to define the Chicago of today. Little did the Boltons know that the white real estate agent representing the home, Jay Goran, had purchased the home himself for only $4,300 a week before. Or that additional fees and costs would be added to the home's monthly payments after the purchase. Or that after they fell behind on a payment, Goran would immediately start the eviction process, and they would stand to lose the $3,000 they had invested in the house. Their troubles are told in detail in "Family Properties: Race, Real Estate, and the Exploitation of Black Urban America" by historian and Rutgers professor Beryl Satter. The Chicagoland region's problems with race are well documented. What is less known is how closely racism and housing policy are intertwined, and how things like restrictive covenants, redlining and contract buying were the city's (and the North's at large) answer to the Great Migration. And while interventions at various levels and various times have helped disavow the practices once called "prudent planning," their effects remain as real as they are stark. In order to even begin to heal the decades-old racial boundaries carved deeply into this city and its suburbs, every agent must understand their historical context. Past policies and prejudices, both local and federal, have influenced housing and real estate in Chicago at every level, and as you will read in our cover story, effective solutions require a sobering look at the causes of the outcomes we live with now. The Seeds of Segregation: Ordinances, Restrictive Covenants and Blockbusting Chicago was not the first Northern city to attempt segregation: that was Baltimore, in 1910. It established special zoning districts that allowed for the official separation of blacks and whites, and inspired the adoption of similar ordinances throughout the country. In the 1917 U.S. Supreme Court case Buchanan v. Warley, the Court ruled exclusionary zoning laws were unconstitutional. It was a landmark decision. The ruling barred municipalities from implementing similar policies of segregation. But it did not end the push to separate the races. Instead, it moved cities and real estate groups – particularly the Chicago Real Estate Board (CREB at the time, now known as CAR) – to innovate in their efforts to contain the urban black population. The result was policies that allowed cities to skirt judicial precedent: organized block clubs, which ensured that homes were not sold to black consumers outside of approved areas; and agreements called "restrictive covenants," stipulations that were written into housing deeds that barred the sale of homes to black consumers. Restrictive covenants began in the 1920s and extended into the '50s, while the CREB's block-club methods became national policy, as the National Association of Real Estate Boards (which became NAR in 1972, and is not to be confused with the National Association of Real Estate Brokers, or NAREB) and other city boards adopted the strategy. "CREB strongly encouraged local communities to organize and put in restrictive covenants," said Satter, who teaches at Rutgers' Center for Migration and the Global City. She added: "These had to be something that, community by community, people had to work on and vote for. They all had to agree in a particular area and then write it into their deeds." Chicago's versions of restrictive covenants not only banned "any negro or negroes" – which the agreement defined loosely as any person having "one-eighth of more negro blood" – from being "sold, given, conveyed or leased" property, but also forbade blacks from occupying or even using homes in white neighborhoods "in any manner." Their implementation drew the first outlines of what would ultimately become black Chicago. Chicago's black population was increasing substantially; from 1920 to 1960, it would rise from 44,000 to more than 800,000. Without the legal standing to zonally influence where the new residents settled, restrictive covenants were the primary tool used by white city influencers who, in public, voiced fears of destabilization from outside races they considered "inharmonious" with the homogeny of white neighborhoods, and, in private, harassed and brutalized black residents. chicago-population-loss-demographics-race-redliningThe use of covenants was not limited to black neighborhoods – they were also used to cordon off Asian and Jewish communities – but that was their primary application. And because the practice was not only endorsed but encouraged by the Chicago's influential real estate board, their use was widespread. By the 1940s, roughly half of Chicago's neighborhoods had restrictive covenants in their housing contracts. "The strategy was to fill one whole block with African Americans, and if they started to spill over into the next one, even if it was a mostly white block, CREB would mark it off and fill it as well," Satter said, describing a practice called "blockbusting." "It was massive – contiguous blocks filled with African Americans." Chicago Housing Authority maps from the time (like the one to the left), which tracked the movement of white populations, show that during the early implementation of racial covenants, white flight took place to an extreme degree in neighborhoods immediately south, west and northwest of the Loop, with many areas losing every single white resident. The boundaries established by racial covenants and block clubs laid the framework for segregation in Chicago. When Black Was Red Although local covenants and ordinances were the seeds of housing segregation in Northern cities, it was ultimately the federal government that made it an issue of national policy. "CREB created a pattern for Realtors to segregate, but the real issue was federal policies and how they worked," Satter explained. - See more at: https://chicagoagentmagazine.com/2016/03/21/black-white-city/3/#sthash.AsQj542U.dpuf 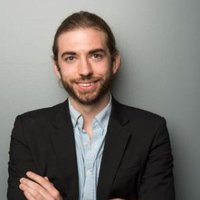 In early May, economist Roger Thomas of ValueWalk.com released an analysis (of sorts) on homeowne... Read More

Real estate is a competitive profession. And while there are any number of occupations that may, ... Read More