Fictional Characters on Social Media: Should Your Brand Have One? 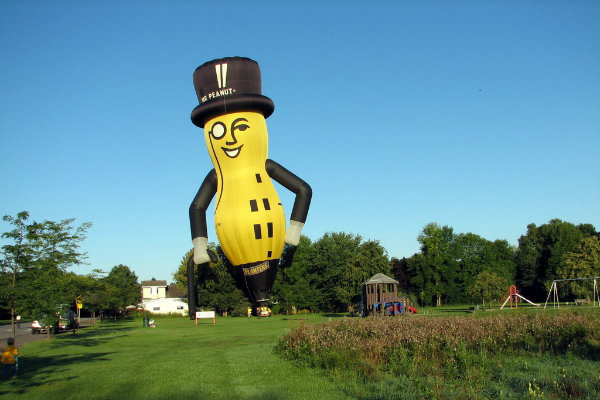 Using fictional characters in social media can liven up your marketing, but is this strategy right for you?

As social media marketing evolves, some brands are beginning to take the idea of a company voice to the next level by featuring characters and mascots on their Facebook, Twitter and other social pages (are you using Tumblr marketing?). But how do you know if a social media character is right for your own brand?

We break the decision down for you below.

When a Social Media Character Works

Social media characters usually work when a brand already has a mascot. Take Mr. Peanut, of Planters' for example. He's been selling peanuts for decades, so it only makes sense that he should have his own Facebook page, which features over 670,000 fans. He likes to post infographics, photos and facts, all of which receive hundreds of likes and dozens of comments.

It's also safe to say that if a brand is targeting children, a social media character is nearly always a good option (see also: Millennials to Baby Boomers: Create Content for Your Audience's Generation). Kids love cartoons and, when it comes to snacks especially, characters work best for selling products. Because kids are also some of the most active on social media (over 5 million Facebook users are under 10 years old), it only makes sense to target them through social cartoon characters. But it's not only kids that are attracted to cartoons. Roughly one fifth of viewers of many cartoon shows fall between the ages of 25 and 44, meaning they'll likely appreciate the cartoon social mascots just as much as children do.

When it comes to social media, every brand needs a voice. If the voice is a fun or playful one, it may make sense to connect a social mascot to it. Just look at Captain Morgan, who regularly posts to his 5 million fans, or M&Ms, whose multiple mascots have over 10 million fans on Facebook. What they have in common is a playful, humorous voice, always connected to their brands' well-developed characters that then extend to their social media channels.

When dealing with a serious, sad or dramatic brand, a goofy character is usually not a good idea. For example, if you're a funeral home dealing with death or a helpline dealing with domestic abuse, it can be very difficult to make a social media character that's tasteful. Therefore, when in doubt, avoid having a mascot speak for your brand on your social channels.

Questions to Ask: Is It The Right Move for You?

If you're still on the fence about whether or not to create a social media character to showcase your own brand, here are a few questions to ask yourself:

If you'd like to see how a social media character would go over with your audience, you can always do a trial mascot. Run a contest surrounding your brand, and craft up a character to lead the campaign.

Post about the contest from your brand and have the character promote it as well. Then, analyze the results. If the posts and tweets from your new social character received heavier engagement than the ones coming directly from the company, it may be a wise choice to incorporate a brand mascot on your social channels (see also: Why Do Some Companies Succeed at Social Media).

To Read More About Social Media Promotion See Below:

Published by Scripted Writers on Tuesday, April 1, 2014 in Social Media.