We All Want to Be the Police

It wasn't surprising that the media was debating who had perpetrated the Boston Marathon bombings just moments after the tragic events happened—and immediately began asking questions about when the FBI would hold a press briefing. It wasn't surprising that angry citizens demanded answers by the time the sun set on Monday. We live in a world of constant connection where we can access information with the touch of a button, so why wouldn't we expect that crimes be solved just as quickly? The regular parade of accusations was trotted out: The police weren't working quickly enough, The FBI tech experts had no idea what they're doing, We the People have better technology than the government does. Then something happened: Completely untrained amateurs decided to indulge their Sherlockian fantasies by hopping on Reddit and 4Chan to analyze bombing footage and find suspects. What seemed like a well-intended civic action carried out by a diverse group of citizens instead came to reveal startling truths about the civil state of Americans and their relationship to control and its attendant fantasies. What happened is perhaps best summed up with Nietzsche's classic observation that staring into the abyss is not without its own set of risks. What emerged from Reddit and 4Chan was nothing more than an example par excellence of aesthetic policing. Crowdsourced Investigation: All that je nais se quoi As I scrolled through the Boston Marathon bombing images analyzed by 4Chan members and the now-deleted images posted by Reddit users, my fears about what crowdsourced investigation might mean were confirmed. Users sourced photos from the Internet and appended their observations, pointing to "suspicious backpacks", "foreign-looking people" and "weird-looking people". That's no joke there; those are the three themes that emerged again and again. One user went so far as to draw the outline of a pressure cooker on the outside of a so-called suspect's backpack. It was ridiculous, yet many people took it seriously. That the crowdsourced "analysis", as it were, was motivated only by surface visuals was blatant. The text written on pictures bore statements such as "looks like a deranged agent" and "creepy looking". One image on 4Chan bore the text "same clothing, same backpack, same hat, same skin tones" and "secret police/military equipments". All of this was happening while generally reputable news agencies were chasing Reddit leads and social media commentators were lauding this new move in crime fighting. Many of the individuals posting on the now-defunct Reddit subsite, as well as some Twitter and Facebook users, even suggested that the Redditors were more capable of using technology to find suspects than the FBI and other agencies assisting in the investigation. And then things started to fall apart. A Redditor reposted a tweet by a young woman who claimed that she recognized the second suspect as missing Brown University student Sunil Tripathi. Some news outlets claimed that they'd heard Tripathi's name mentioned as suspect number two on the Boston P.D. scanner. Angry, nasty comments quickly filled the Facebook page the family had started in an effort to find their son. The time period between when the accusation was first posted and when Sunil's family begun to notice the nasty comments was incredibly brief. Of course, what happened to Sunil's family—and no doubt to others who were falsely accused of being terrorists by the two websites' users—is an illustration of how quickly a witch hunt can begin. But it's also an illustration of something vastly more sinister: of a fantastic desire for control that seems to be always lurking just beneath the surface of polite society. This illustration of the gap between our everyday, symbolic world and its fantasmatic support, as Slavoj Žižek and other Lacanians might characterize it, is incredibly poignant because it demonstrates that the police state has never been on the outside of our everyday lives. The Fantasy of Investigation Before we can consider what it means for a Reddit user to realize that she behaves exactly like the law enforcement agencies she calls racist and inept, we have to understand where this fantastical idea of being a self-made investigator originates. Amateur detectives have been around for as long as the detective story. What's different today is that these untrained investigators are relying largely on evidence removed from its context. Think of an episode of CSI: Crime Scene Investigation: It's all about physical evidence. The folks in the lab do high-tech tests and almost always arrest a suspect before the episode ends. They don't tend to spend a lot of time chasing gossipy leads because they don't need to deal with such ephemeral things. They have the concrete evidence, that bit of blood spatter or piece of pipe that has been removed from the crime scene and now rests in the laboratory environment. When they enlarge and enhance images, they end up with crystal-clear high res photos with easily identifiable faces of suspects who clearly display their emotions. As the online crowd was reminded here, that's not really how crime investigation works. When we look the crowd at the Marathon in the hours leading up to the blasts, we project upon it our own ideas, desires and prejudices. Disheartening though it may be, we have no idea what we're doing. We're gazing at the photo from a stance of pure ideology; we have this thought that we're looking at this image without the preconceived notions that we are very sure the police and the FBI are going to bring to these same images. 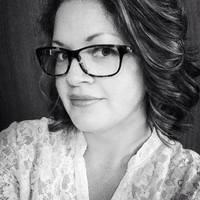 Dorothy is a full-time freelance writer from Northeastern California. She specializes in home and family, healthy and beauty, and film and cinema topics but loves tackling diverse assignments. She lives with her husband, children and needy dogs.

Questions Reign in 'Top of the Lake'

We meet Tui Mitcham (Jaqueline Joe) very briefly in the first episode of Top of the Lake when we ... Read More

"The owls are not what they seem." More than 20 years later, this seminal quote from David Lynch ... Read More