Many people have been up in arms in recent months over the fact that terrorists and members of the radical Islamic group ISIS, also known as ISIL, seem to be able to use social media as easily as any millennial to recruit members from the western world and make their quest seem admirable or even glamorous. They also use social media simply to make sure that people know how ruthless they can be, heavily spreading atrocious videos of beheadings of Western prisoners. While ISIS has existed in some form since 1999, it wasn't until the start of the Syrian Civil War in 2012 that they really started to gain steam, and in the past few years, they came to declare themselves a caliphate and turned up the volume on their efforts. How ISIS uses social media is particularly disturbing, if only because it mimics the casual ways we in western society use it. While attacking Mosul in Iraq in June of 2014, they simultaneously launched a hashtag, a smart digital marketing strategy by anyone's book. Whether these social media efforts had any effect on those who killed more than 100 people in Paris, or the San Bernardino shooters, is not known, but we can only suspect that having such support readily available could have been an inspiration for these terrorists. ISIS uses many tactics to recruit and "inspire" on social media. One tactic that is particularly successful is known as "hashtag hijacking." This is when someone (usually a company or individual) sees a trending hashtag and tweets something promotional using that hashtag, to get access to the audience of people following it. A prime example of this is in 2014 when the World Cup was going on. ISIS members hijacked the tag to say "This is our football, it's made of skin #WorldCup." With a disgusting photo of a decapitated head. The advent of secure and encrypted messaging services also makes recruiting those from other countries even easier. This has been a controversial topic in the United States, with the White House and FBI nearly begging Silicon Valley companies to leave backdoors in encrypted services. However, these tech companies argue that backdoors make information vulnerable to anyone who wants to find it – including terrorists. One fact that proves that ISIS' social media efforts work is the fact that the average age of foreigners who leave their home countries to join ISIS is 24. These are the people who are looking at social media and who make it a part of their everyday lives. Many have wondered why social media companies, mainly Facebook and Twitter, don't do more to curb the use of their services by would be terrorists and recruiters. The answer might seem simple, but it is actually somewhat complex. Social media services must walk the line. On one side of the line is safety and security, and on the other side is censorship. It could be easy to say that all hateful speech or violence should be banned from social media, but what some consider to be "hateful speech" others consider to be "free speech," which is an important ideal in the United States. Facebook, historically, has actually been pretty proactive about keeping terrorist groups off of it's pages, as it has a policy banning them. They aggressively delete pages, accounts and posts that link to anything related to ISIS. However, it's true that Facebook has always been more of a closed community than Twitter, with requirements for membership and many types of banned content such as nudity. Twitter, contrarily, has been more of an open platform that can be somewhat anonymous. Until more recently, they had focused more on maintaining free speech, leading to account suspensions and terrorism oversight that has not been as aggressive, until now. In the past, ISIS supporters and recruiters found a somewhat comfortable environment to spout their message, with the Brookings Institute estimating that there were more than 46,000 ISIS related Twitter accounts between September and December 2014. Once ISIS started to post graphic videos of beheading, starting with that of journalist James Foley in August of 2014, they went all out, suspending enough Twitter accounts to make the growth of the social network overall flat for a period of time. Twitter recently reported that since July of 2015, they have shut down more than 125,000 accounts associated with ISIS. This new approach is facilitated by new team members working in the portion of the company that identifies terrorists. Not only have these new employees made it possible to get rid of more ISIS members, but their response time is also faster. It is still a challenge, as there is no "magic algorithm," as Twitter put it in a blog post, to find terrorists on social media, and suspensions and bans are still largely up to human minds, meaning that it will always be an imperfect science that takes time and resources. On Twitter, as soon as someone's account gets shut down, it would be easy for that person to create a new one, as it is not based on your identity like Facebook. Twitter also noted that when one social network cuts down access to ISIS, their presence on other networks and online forums seems to increase. Despite these challenges, both Twitter and Facebook seem committed to stopping terrorists from using their platforms to recruit westerners who have their eyes glued to their screens all the time, lessening their reach and and power, and potentially contributing towards an eventual end to their violent reign overseas. From a marketing perspective this move shows that there are useful ways to turn anti-terrorism tactics into a useful message that may align your target audience with your brand and lead to better sales results in the long term as well. 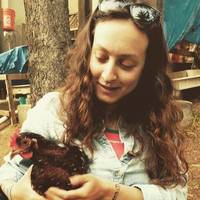 how to gain muscle mass in women

Your Passwords Are Only As Secure As Your Teams

LifeLock, the online company that purports to protect people from identity theft is back in the n... Read More