Trans-Neptunian Space: Pushing the Boundaries of the Solar System

Trans Neptunian Space: Pushing the Boundaries of the Solar System

The breathtaking images taken of Pluto by NASA's New Horizons probe are giving Earthbound eyes an historic look at this mysterious little world – and reminding us just how little we know about the outer reaches of the Solar System.

Until fairly recently, every school child learned that the Solar System consisted of just nine planets, ending with Pluto. But advances in earthbound imaging and the launch of probes such as New Horizons reveal that the Solar System stretches far beyond the orbit of Pluto – and these regions, called Trans-Neptunian Space, are dynamic and densely populated.

Neptune represents the boundary of major planetary development in the early days of the solar system. Out past this blue gas giant, a variety of objects large and small circle the Sun in three distinct but overlapping "bands" of space. The dwarf planets, asteroids and other bodies that populate the zones of Trans-Neptunian Space are mostly remnants of protoplanetary material that failed to coalesce. Because these strange contain some of the most ancient matter in the Solar System, astronomers believe they may hold the keys to understanding the origins of the System and of life on Earth.

The International Astronomical Union's Minor Planets Center calculates that Trans-Neptunian Space is home to over 700,000 objects of various kinds, many of which are large enough to have names. The best known of these is of course Pluto, that distant body that was famously first a full-fledged planet, then a dwarf planet, then a planetoid. Pluto and a few other dwarf planets are large enough to have moons of their own, and nearly all of them orbit the sun in the Kuiper Belt, the region closest to Neptune.

The Kuiper Belt: Our Nearest Neighbor

Closest to the sun, the Kuiper Belt is home to a large number of small objects, which are divided into two different populations. Astronomers think that the Belt's "dynamically cold' objects probably formed where they are, and their orbits remain stable and circular. The "dynamically hot" Kuiper Belt Objects, though, are thought to have been formed closer to the inner planets and were forced out into the Belt by the gravitational effects of Jupiter.

Farther out, the Scattered Disk overlaps the Kuiper Belt and stretches far beyond it – a region populated with (as the name implies) scattered icy objects with unstable, elliptical orbits that can carry them far into the inner solar system as short period comets. These ancient objects include the famous Halley's Comet and C67P-Churyumov-Gerasimenko, the target of the European Space Agency's recent Rosetta Comet Mission.

The Oort Cloud: Gateway to the Galaxy

This far from the Sun, the Oort Cloud is subject to influence from the gravitational pull of nearby stars and the core of the Milky Way galaxy itself. Recent research indicates that the largest impact craters on Earth were probably caused by long period comets, pushed out of the Oort Cloud by the "galactic tide" – the gravitational pull of the Milky Way's disk as the Solar System travels across it.

Trans-Neptunian Space looks very different than it did in the days when telescopes on Earth could catch no more than blurry glimpses of Pluto alone against the blackness of space. New imaging technology and real-space exploration of the outer reaches of the Solar System reveal a rich, dynamic region whose ancient objects link our Earth to the very heart of the Milky Way. 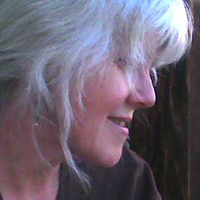 Carla Jean McKinney is a freelance writer and digital artist who writes long articles and whitepapers on artificial intelligence and robotics, SaaS for biopharma and medicine, and digital innovation in healthcare and the life sciences. A longtime college writing instructor with a background in journalism and degrees in literature and linguistics, she helps brands and businesses build authority as thought leaders in scientific and technical fields. Carla has certificates in digital design and illustration, and she also produces ebooks and other visual content. She lives and works in the borderlands of Southern Arizona.

Everything You Need to Know About Artificial Intelligence in Medicine

Medical Technology in 2020: Trends and Innovations

Beauty Tech in 2020: Trends and Innovations

Everything You Need to Know About Virtual 'Try On' Apps