President Barack Obama, a left-handed, Spanish-speaking Harvard graduate, was the first African-American to serve as president of the United States. He was also the first to presidentially use email, as well as Twitter, Facebook and social media outlets you may never have even heard of. He has a Portuguese water dog named Bo and he wears a size 11 shoe. But you already know all this. Here are some things that may surprise you.

5 He Has a Connection to Seinfeld (Sort Of)

Not unlike many other college students, Obama had a very modest dwelling during school—that was definitely the case with his NYC digs after he transferred to Columbia University. There, he often had breakfast with his roommate at none other than Tom's Diner, on 112th and Broadway… the designated meeting place for the characters of Seinfeld.

In his book about the President, "Barack Obama: The Story," journalist David Maraniss revealed some of the president's love notes to romantic interests when he was younger. One, written to a girlfriend in 1983, described New York City this way, reported Maraniss: "Moments trip gently along over here. Snow caps the bushes in unexpected ways, birds shoot and spin like balls of sound. My feet hum over the dry walks. A storm smoothes the sky, impounding the city lights, returning to us a dull yellow glow."

President Obama, a calm, charming leader who surfs in Hawaii and shoots hoops with Secret Service personnel, is certainly one of the cooler guys to grace the Oval Office, but behind that exterior lies hints of geekiness. He collects Spider-Man and Conan the Barbarian comic books, according to TMZ affiliate Starpulse.com, and says that he grew up watching "Star Trek." In fact, when President Obama met Leonard Nimoy, he greeted the actor with a traditional Vulcan salute.

2 He's Got Quite the Evolved Palate

Obama lived in Indonesia from 1967 to 1971, during his mother's marriage to Lolo Soetoro, an Indonesian-born student she'd met at the University of Hawaii. There, he ate as the locals did… and on that menu was dog meat, snake meat and roasted grasshopper, as Obama notes in his autobiography, "Dreams from My Father."

1 He Got His Oratory Chops as a Teacher

The President, before becoming senator, taught for 12 years at the University of Chicago Law School, where his easygoing manner (he mixed movie references with case law) routinely charmed students. Once he entered the political world and began speech-making regularly, some students noticed patterns and phrasings that were clearly traced to his teaching days—but, if you weren't in one of those classes, you'd never know, and might just think his oratory chops came outta nowhere. 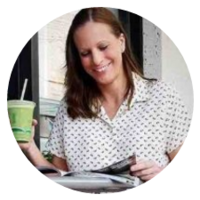 With more than 15 years of solid writing, marketing and public relations experience, I've become an extremely versatile and creative content developer. I have a prolific writing background with hundreds of articles on fitness and nutrition distributed by major publications, including the San Francisco Chronicle, Beachbody, Livestrong, the Arizona Republic, the Gale Encyclopedia of Allied Health, Modern Mom, The Nest and the Houston Chronicle. I also have vast experience in the education space, having written web and marketing copy for an education company for four years. I am open to just about any topic, however, and I'd love to hear about your project. Thanks for visiting!

Can Walking Help You Lose Weight?

Are your walks a tad, well… wimpy? We all know that exercise promotes health benefits and weight ... Read More

Students, parents, and the community at large should recognize the important work of teachers thr... Read More

The old wives&#39; tale about fish being brain food may be true, according to Dr. John A. Boockva... Read More