This fall, pottery lovers who wind along the back roads of Pittsboro, North Carolina and up a long driveway into the Chatham County forest will find reward in a cozy glow emanating from Doug Dotson's home studio. Opening with a 6–9 pm preview party on Friday, September 25, the seventh annual "Three Guys* and Some Pottery" sale features the distinctive functional ceramic works of Dotson, Kelly O'Briant (not a guy—thus the asterisk), and Ronan Kyle Peterson. Matthew Thomason will sell drawings, bound books, and notecards as well. Known for its intimate, welcoming presentation of exceptionally crafted and useful items, the "Three Guys" sale draws customers ranging from students to established collectors. The event continues through the weekend, from 10 am–4 pm on Saturday, September 26 and from 12 noon–4 pm on Sunday, September 27. It is fitting that the yearly sale is nestled deep in Carolina forest, the works displayed along beams from red oaks milled on Dotson's forty acres. All North Carolinians, Dotson, O'Briant, and Peterson developed a friendship and mutual admiration for each other's work at the Penland School of Crafts in the western NC mountains. While "Three Guys" sales draw ceramics enthusiasts from as far away as Washington, DC, New York, and Arizona, the wares—offering three incredibly different yet complementary styles—are all Carolina. Together the pieces offer a bounty as rich and striking as the produce at a local farmer's market. And sustenance is on the minds of these three, all of whom are gardeners and cooks as well as potters. Informed by natural shapes, palettes, and patterns, their vessels are suited in color and design to the foods they are intended to hold. The full cycle of a home-prepared meal is considered in visual and utilitarian aspects of the work: the growth of a garden amid the buzz of insects, the preparation of savory and sweet dishes for loved ones, and the aesthetic presentation of items on a dinner table. Dotson, who works primarily with stoneware made on a foot-powered treadle wheel and fired in a soda kiln at around 2300°F, offers the earth-toned "Dual Salsa Server," a set of two bowls on a pedestal tray originally conceived to highlight the colors of a variety of salsas he and his wife made with tomatoes from their garden. O'Briant, who joined the show two years ago, works mostly in white porcelain decorated with colorful botanical paintings. Her vessels are shaped on a potter's wheel and fired in an electric kiln to 2283°F. Among her recent creations is the delicate "Spring Roll Set," a flowered tray holding eight small dishes for appetizer ingredients, each of which features a different type of insect. Formed mainly with a kick wheel, Peterson's earthenware pots are fired in an electric kiln to 1989°F and are decorated with carvings of insects and natural patterns such as tree-growth rings. His "Hornet's Nest Cruet Set" is a low, wide tray holding two slender cruets whose centers are patterned after hornets' abdomens. Thomason, who happens to be O'Briant's husband, also engages garden and nature themes in much of his work, which includes one-of-a-kind drawings as well as handmade journals and notecards. All three potters are celebrated on a national scale and maintain a local presence among collectors of ceramic art. Dotson's stoneware has been included in the Strictly Functional Pottery National Exhibition in Lancaster, PA for many years running and his studio has been included in the Chatham County Artists Guild Studio Tour every December for several years.O'Briant is a regular participant in American Craft Council shows, and over the past year her work has been featured in the "National Teapot Invitational VII" at the Cedar Creek Gallery in Creedmoor, NC; "Back to Nature: An Exhibition of Contemporary Botanical Pottery and Art" at the Hambidge Center in Raben Gap, GA; and "Winterfest 2008" at Baltimore Clay Works in Baltimore, MD. She has been invited to participate in the 2009 Mint Museum Potters Market Invitational in Charlotte, NC, this fall. Peterson was chosen as an "Emerging Artist" by Ceramics Monthly magazine, and his work is featured in the North Carolina Pottery Center's Permanent Contemporary Ceramics Collection. He has been invited to the Mint Museum's Potter's Market Invitational in Charlotte, NC for the second year in a row. 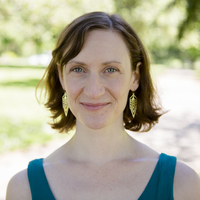 A writer for over fifteen years, my work focuses on the humanities, the arts, the environment, and health research. Recent clients include The Drink Agency, The National MS Society, Oregon Chapter, the Tualatin Soil and Water Conservation District, George Holz Photography, Portland State University, River Ink, Gowan Communications, and Facts on File Library of American Literature (Bruccoli, Clark, Layman, Inc.). I write blog and newsletter articles, bios, literature summaries, and web content. Working with clients all over the world, I am an excellent communicator who puts my clients' needs first. My writing is lively, clear, informative, and accurate, and I am skilled at writing in a variety of tones. I am proficient in AP and CMOS styles. I would welcome the chance to work with you. Let's get started!

Local Washingtonian Serves on National Board of the Society: Meet Mike Pongon

When Mike Pongon was growing up, he knew his aunt lived with MS, but didn't know much about the d... Read More

Walking alongside an Oregon stream, you might encounter a tall stand of butter-yellow irises risi... Read More