Preparing for the Inconceivable Risk—Are You Ready for Black Swans?

When rare and extreme events never observed before occur, they have major consequences and sometimes even global impact. World War I, AIDS, 9/11, but also the advent of Internet are all black swans, or extremely rare, unprecedented events with inconceivable consequences. The term black swan was coined by the philosophical essayist Nassim Nicholas Taleb in the book The Black Swan: The Impact of the Highly Improbable. Taleb uses the term black swan to refer to extremely rare, very difficult to predict, and massive-impact events. Zooming into the realm of project management, when negative black swans (unconceivable risks, extremely unpredictable, and improbable) occur, they lead projects to failure. How can Managers Plan for Black Swans? Inherently, black swans cannot be forecast—they are unique events that are not in statistics and their total impact on a project is impossible to predict, which makes them most dangerous to any project. While managers cannot plan for such risk, simply taking no action and hoping a black swan doesn't strike their projects is not the wisest thing to do. But if they cannot plan for the unplanned, what can they do? Grey Swans vs. Black Swans First, managers can learn to distinguish black swans from grey swans and prepare for these. Not all project failures are due to black swan events, but to grey swans, which are rare but predictable risks. Professor Elisabeth Paté-Cornell from Stanford argues in an article in Risk Analysis that black swans are extremely rare, but people in industry and finance often use black swans in the aftermath of a disaster as an excuse for poor planning. In my opinion, this may also happen in many major IT projects that fail, for example those going over budget by 200 percent and over schedule by 70 percent—surprisingly, a situation that strikes one in six projects according to the authors of a Harvard Business Review article. Although managers blame black swans for such project failures, often their risk analysts have failed to factor in grey swans. Identifying and mitigating grey risks should be part of effective risk management. Prepare for Black Swan Consequences Second, successful risk management often implies quick reaction times to signs of risk, either by preparing a risk response or gathering further data, according to Paté-Cornell. She also argues that organizations and risk managers can prepare for a fast reaction to a black swan event, thus minimizing the damages, by observing and interpreting precursor signs. Minimizing the damages is also what the author of an AON report advises organizations as the only means to prepare for black swans. Since organizations cannot predict black swans, they should prepare for the consequences of the crisis that a black swan triggers. The author of the report compared organizations that failed and those that survived black swans and concluded it is not just a question of luck, but of survivor mentality and being prepared to face the catastrophic consequences: having a black swan response team and a response plan ready to be implemented. Being prepared to respond to an emergency saves time when the black swan occurs and, while implementing it may not guarantee the reduction of its consequences, it may save the organization. Be Ready for Black Swans Since they cannot factor black swans into their risk analyses, organizations should prepare for the consequences of these unthinkable events by assembling a black swan response team and an emergency plan, which, if timely implemented, might just spell "survivor" on that organization's timeline. 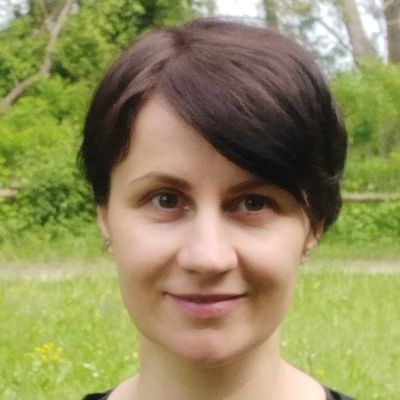 A professional editor and writer since 2012, I've edited or written articles on all kinds of topics, but my specialties are science, health, and project management. My former career in academia has taught me how to do thorough research and back up all claims with facts. I love to translate complex information into clear, concise, and creative copy that helps and inspires the reader.

What’s the difference between editing and proofreading?

Freelancing myths: What people think freelancers do (and what we really do)

What Is Boron and What Are Its Health Benefits?

Boron is a chemical element found in soil, rocks and water. It's essential for the growth of plan... Read More

The Brief Guide to Nutrigenomics: How Diet Can Affect Your Genes

The saying "you are what you eat" could become "what you eat can change who you are" in the conte... Read More

Brioche and 7 other English words with surprising meanings in Italy

"Ecco le sue brioche" ("here are your brioches"), the baker said, handing me a paper bag with my ... Read More