Janis Joplin, San Francisco and the Summer of Love represent the face, the place and the time of legend. Surrounded by all things psychedelic and revolutionary, Joplin was a pivotal player in the Haight-Ashbury scene; her power still lingers, tripping its way through San Francisco's hip streets. Check out itineraries, like these seven stops below, for a trip that evokes the best of Joplin and her counterculture fame.

This North Beach destination went through some colorful times, yet it was always bohemian to its core. Before life as The Coffee Gallery, it was known as Miss Smith's Tea Room, capturing younger generations with its Beat pursuits. The year 1954 ushered in The Coffee Gallery, and it was under this name, in 1963, when country blues hopeful Janis Joplin sang a cappella to earn funds and mark her place. She was joined by Jorma Kaukonen on occasion and met fellow performers and future band mates Peter Albin and Jim Gurley there as well. The Coffee Gallery trickled away in 1980, was renamed The Lost and Found Saloon and finally metamorphosed as Maggie McGarry's pub in 2006.

While not much remains of the original coffee house, the regular live music, beer and jubilant atmosphere keep those Joplin memories kicking. The pub is open most days from 11 a.m. to 2 a.m. Head out for a pint, and while you're there, take a moment to recall her rendition of "Bourgeois Blues."

A long-time city favorite, Vesuvio Café has welcomed authors, musicians, artists and other free spirits through its doors since 1948. Drawn to the Beat movement, and later to psychedelic rock, Joplin was just another patron who loved to hang out and chill behind its doors.

You'll spot Vesuvio Café from down the street, thanks to its vibrant murals and colorful vibe. Otherwise, the sign with a guy sans clothing should catch your eye. This bar is open M–F 8 a.m. to 2 a.m. and weekends 6 a.m. to 2 a.m. Cocktails are wild and original: Try Jack Kerouac with tequila, rum, cranberry and orange juice, or Seagrams Tea with vodka and lemonade. Keep your eyes peeled, for you never know who could walk through those doors.

Avalon Ballroom as a music venue blinked in and out of existence, lasting from 1966 to 1969. Yet in those four years it brought Joplin into mainstream favor and showed just how much her memory would linger. Joplin was in Texas in 1966 when she heard word of a new band, Big Brother and the Holding Company, interested in her vocals. Joplin headed for San Francisco, joined the band and sang her way to lead vocals; the year 2016 marks the 50th anniversary of her jump to fame.

This venue, once a dance academy in 1911, offered a prime spot for free-wheeling counterculture. Joplin made her first appearance with Big Brother at the Avalon, and as the band became widely popular, they continued to play there for the next few years.

Argonaut Ad Agency owns the building these days, but the history, the vibes and the classic psychedelic posters live on. Wander around the building's exterior, soak up the memories and then continue your journey in Joplin's footsteps.

Like the Avalon, The Fillmore operated as a large venue with sold-out concerts. Unlike its fellow location, however, The Fillmore is still kicking up its heels with weekly events meant to get your pulse pounding and your feet hopping. Back in 1966, Joplin and Big Brother built up a fan base at venues like these. Psychedelic posters, forever popular, helped spread the word about the rock bands of San Francisco.

Although the Fillmore moved away from music bands during the 1970s and 1980s, it reopened in 1994 with renewed fervor for the sound of rock. Check out a concert, and revel in the beat pulsing from ear to ear. You can almost hear Joplin belting out those vocals.

Opened as a second Fillmore location in 1968, The Fillmore West was destined for a short life. During its four years, though, the venue held concerts with big names in rock; the opening concert, on July 16, 1968, featured Joplin and Big Brother.

Now a Honda dealership, the building's ballroom/concert roots have been replaced with the need for speed. Drive by with the windows down, or stop on the corner and let the sounds of "Piece of My Heart" float down the street. Chances are, someone will join in shortly.

The Polo Fields of Golden Gate Park witnessed the birth of The Human Be-In on January 14, 1967. This event, noted in underground newspaper the San Francisco Oracle, captured the attention of thousands, who were encouraged to "Turn on, tune in and drop out." Many rock and psychedelic rock bands took to the stage, including Joplin and Big Brother.

Golden Gate Park remains one of the best places in the city to commune with nature and escape the frantic pace. Set up a picnic, invite your friends and chill out listening to Joplin and her contemporaries.

At its height, the Winterland, which wowed crowds from 1966 to 1979, had capacity for 5,400 fans. Packed houses were common. Joplin and Big Brother performed at the Winterland on numerous occasions, and after the band split, she formed her own band, Kozmic Blues Band. The new band also made multiple appearances at the Winterland during 1969.

Now just a memory, this ice rink turned music venue was torn down in 1985 to make way for apartment condominiums. You won't find evidence of past concerts, but you may come across a tenant or two with first-hand experience.

Janis Joplin's life was short-lived and dramatic, but her legacy as a pioneering woman of rock endures. 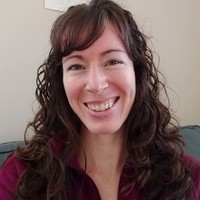 Emily is a Sacramento, California-based writer who has been producing high-quality content and web copy since 2013. Her primary expertise and writing interests are in the health and wellness industry, food culture, and art and design fields, yet she is skilled at content creation for a range of subjects and loves delving into research to produce original, compelling work. With nine years of writing experience to her name, Emily is a seasoned writer committed to creating projects that offer value and an enjoyable reading experience.

How to Stay Active and Think Beyond the Gym

Honeymoon in Iceland: 5 Reasons It's the Perfect Choice

Marriage vows and triple-tiered cake have ushered in a new stage in your life. Now it&#39;s time ... Read More