Have You Seen Molly?

Both the subject of controversy and rave music reviews, the dynamic new single from DJ and producer Cedric Gervais has garnered attention nationally & internationally. But what you may not have known about this Marseilles-born artist, is that he has been captivating crowds for the past few years within the Miami EDM scene. Gervais has dominated residencies at some of the most popular clubs, including LIV, Crobar (now known as Cameo), Nikki Beach, and the Space Terrace. Saturday, April 28th Shy Magazine got backstage glimpse of this booming event in Miami. Gervais' official music video release party was held at the popular club LIV, and attended by many well-known faces, including Toby Skard, World renowned music video director Ray Kay, Reggie Bush and Director/Producer Michael Bay, oh yes you read that correctly! The new song and video "Molly" has been a hit, even garnering the attention and praise by the queen of all things creative and grand in style/music, Madonna! Madge set to twitter to praise and congratulate Cedric Gervais' on his new hit song. After asking fans at Miami's Ultra Music Festival. If they've "seen Molly?" Subsequently, causing an uproar from another DJ, who wasn't quite in the know about the extreme "Molly" song/video hype that was single handedly taking over Miami that weekend. Perhaps because he wasn't there? Who knows. But now he knows, and Madonna set the record straight, as classy as she is. Gotta love that woman! Alas,no more worries there, everyone's a big from what we've read via twitter exchanges and constant media inquiry Madonna & Deadmau5 are back lovey again so back to what matters, the Cedric Gervais and his awesome creative team 8112 Studios! Molly oh Miss Molly, where art thou? Care to try and find her yourself? The bright eyed young Virginia native, Jenna Dalton plays this sexy sought after character "Molly" whom everyone's longing to find. In the video, she glides beautifully and seductively in a sea of lustful young party goers, many who are draped in Hollywood's newest hot celebrity driven brand CCR (California Christiania Republic) CCR was created by Von Dutch's Owner Tonny Sorensen, who partnered with Toby Skard on this cool comfy OneZ line. CCR brand has been seen as the main source of wear in countless videos. To name a few, Britney Spears, Flo Rida, Gloria Estefan, Willow Smith, Steven Tyler, and to add, Rihanna & Katy Perry have embraced the CCR colorful OneZ's nearly everywhere they go. Cedric Gervais' music video "Molly" was shot in Washington DC, at one of DC's premier nightclubs, District Underground by 8112 Studios which consists of a talented group of young artists who are at this point mastering the photography & production scene in the city. Director Nicholas Cambata (Owner/8112 Studios) and Producer Doughlas Sonders, were the cosmic brains that spearheaded the Molly campaign. Yes folks, DC's own studio house had the world talking "Molly" for quite sometime. From the lips of Madonna herself, to the support of Michael Bay. Constant radio play gives this track the beat props that it oh so deserves. Shy Magazine's Managing Editor Shan Lachel, and Shy Magazine staff (Canaan Dorian & Silvia Alvarez) were granted on the set during the making of "Molly" for an exclusive sit down one on one interview with the man [Cedric Gervais] himself. The set was busy and we could see that everyone down to the PAs were working extremely hard. This is the kind of work ethic that makes 8112 studios so good at what they do. The key to any form of success is to have a team of people who believe in you, your vision and make everything come together perfectly. Last but certainly not least, we were approved our cover shoot of Cedric Gervais, Director Nicholas Cambata and Producer Douglas Sonders in between takes. The cover was shot by Photographer Drew Xeron, who's an amazing up & coming Celebrity photographer. Keep your eye on him folks, don't say I didn't warn you! Shy Magazine is beyond appreciative for this exclusive cover, and value every moment of being involved. Congrats to everyone involved and let's keep the success coming! Very special thanks to: Matthrew Cronin, CEO of District Underground for the impeccable hospitality to Shy Magazine and our staff. 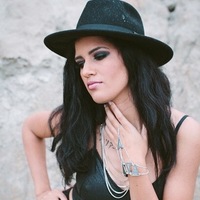 I am a freelance writer based in Las Vegas, Nevada. I have several years of experience writing about an extensive selection of topics including healthcare, technology, fashion, and travel. No project is too large or too small for me to handle! My favorite projects are blog posts, lists, and marketing posts or tweets -- but truthfully, I am very flexible and willing to tackle any task offered to me. Have a nice day!

If you've ever wondered what it would be like to live, reign and fight as Dracula himself, Castle... Read More

It can easily be said that a stylish man is well-dressed from head to toe. In fact, even the most... Read More