In a decision that is already being appealed, a court in Virginia ordered Google to pay 1.36 percent of future revenues from its AdWords business to Vringo, a small tech company described by some as a "Patent Troll." Vringo own a patent which they claim is infringed upon by the search company's AdWords system. Given the total value of the AdWords business, it's expected that the ruling will be worth hundreds of millions to Vringo, which has already caused the company's stock price to soar. The decision hinges on part of the AdWords system for defining pricing of individual keywords, a system that's close to one developed by Lycos in the 90s. An initial lawsuit forced Google to pay out $30 million dollars for patent infringement and ordered them to change their algorithms; this latter ruling found that changes made were insufficient and ordered them to pay royalties. Several other companies including Microsoft were also identified in the lawsuit including Microsoft who settled out of court for $1 million plus royalties. Although the patent was developed by Lycos, it was part of a package of patents that were sold to Vringo in 2011. Vringo describes their business as the "monetization of intellectual property" and boast ownership of over 500 similar patents, many of which were acquired via mergers with other companies. The company have been described as patent trolls by some, including one Google spokesperson. Matt Kallman, speaking after the Virgina court issued the verdict, said that the decision highlighted, "the mischief trolls can make with the patent system." Patent Trolls, also known as Patent Assertion Entities, have been the subject of much debate within the U.S. and worldwide, especially as the Internet has grown. Just recently, President Obama spoke of the need for the U.S. to develop "smarter patent laws" and promised to restrict the rights of companies who seek to obtain and enforce patents on technology they did not themselves develop. Other voices have supported the current system, arguing that creating a market for patents as commodities can help to spur innovation. Even legitimate tech companies can sometimes seek to use their patents to gain a market advantage. In 2002, British Telecom (BT) attempted to sue the entire Internet for royalties due to a patent it held for hyperlinks. The case was ultimately dismissed. Last year, BT entered the news again, this time suing Google for allegedly infringing on six separate patents with elements of its Android operating system. They responded by counter-suing BT for infringement on three of its patents. To demonstrate how confusing this field can be, the patents were not actually developed in-house, but acquired from Motorola when the search giant purchased the phone manufacturer in 2011. The complex—and extremely lucrative—world of patents has not been kind to Google this week. The Vringo decision follows a similar legal loss a few days ago when they were ordered to pay out $125 million to SimpleAir, who claim that Android's push notification system infringes on their patents. Google is appealing that decision, too, but seeing that the company successfully won their case against Apple for the same patent, chances of a successful reversal look slim. 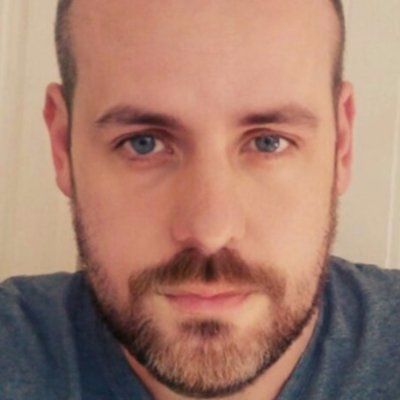 Ber Leary has been on the frontlines at some of the biggest tech and finance companies in the world, including GE, Dell and Standard Life. He's now a fulltime freelancer, creating content for brands on topics including finance, recruitment, digital transformation and marketing. His work has been published in Huffington Post and The Guardian. [Sorry, I'm currently full up, but hope to take on new projects in 2021.]

Customer Ratings: 159
Get Started With This Writer View Profile
Power your marketing with great writing. – Start your 30-day free trial today! GET STARTED