The Android technology has come a long way since its inception. The proliferation of devices that connect to tablets and phones continue to astonish even the ardent geek. The growing list seeks to further compete with iOS as more and more vendors hit the ranks on Amazon. Think of a useful device in your everyday life. Chances are: it is up on a shop somewhere ready to connect to your Android device.

The gamer gets to experience much more than a role play when stocked with the right items. That being the items for long hours of gaming and feeling good about being detached from the outside world.

And forgetting the real world eventually...

Here is a selection of gadgets for Android tablets designed to make your life easier, smarter, and more interesting.

Simply rest your device on a wireless charger.

And all those times when you need to charge up and can't find an outlet. The product makers put it succinctly into context:

Say goodbye to messy cables, rogue chargers and having to hunt for outlets. This wireless charger blends into your home and give you the freedom to charge your phone wherever you want.

As long as your in possession of a QI-ENABLE device , you can say goodbye to USB cables.

Qi is a standard developed by the Wireless Power Consortium for inductive electrical power transfer over distances of up to 4cm.

The gaming industry leaps into a new dimension with the VR headset. Gamers love VR. Pokemon Go proved its worth by interlinking the virtual and the real world. With the headset, you feel more physically implanted in the virtual world. The headset entry into gadgets for Android tablets brings a new world to your home gaming.

Oculus VR should be considered too, as the top VR headset in the market. Oculus Touch was built for gamers to extend the arm of reality.

For example, holding a rifle requires use of the gadget extras, look at Wareable's list of items for more realism; physically moving your body is required to swing around and look in a direction. And in no time, the gaming companies stepped in with fantasy worlds ready to take 3D realism to a new level of immersive entertainment.

The Umi VR Headset Brings this to you as the virtual world lights up in its Clear 3 dimension visual angle. The directional realism comes from a spherical resin lens and so you gain that 'real' feel and viewing anything in your periphery means moving as in the real world - to the extent of turning your head mostly.

The ergonomic design seats comfortably and promises hours lost in a digital world if you - and probably will - lose track of time.

Sassy keyboard for you gamers? A little extra for your top slick and sleeky android device? Having a keyboard so you can stop using the quite annoying at times internal keyboard works. And as a gamer, you want something sassy and plugged with more functions than the bridge of the USS Enterprise.

This bluetooth enabled device seamlessly connects to your android machines and games from a physical keyboard. Plus you can use the keyboard to do all your usual browsing on the web on other devices too.

The quick pairing functions of the keyboard mean no complex connection issues with any devices.

Here are some useful web reviews of gadgets for Android tablets and phones, you may want to add to your Xmas list:

News and Reviews of Android Tech from Gizmodo 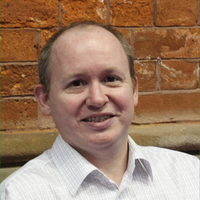 My client projects involve blogs, social media discussions, forums, and ebooks. I have worked as a freelance writer for 7 years. My clients range from small boutique sized businesses to larger SMEs. I tend to work with digital agencies a lot on their work overflows and help provide small businesses with a low cost start into a content writing plan.

How To Reduce The Loading Time Of Your WordPress Site

**How To Reduce The Loading Time Of Your WordPress Site** The loading speed is an important aspe... Read More

2 tactics your competitors are using for B2B lead generation

## It is interesting how many B2B lead finding tactics exist. Most are reshaped versions of old a... Read More