While plenty of people come to Las Vegas, those of us who live here need to get the hell out of dodge every once in a while. So when my husband and I's two year anniversary came up, we started planning a little trip. I'd gone to Joshua Tree for my "bachelorette party" and had been wanting to go back there with the husband ever since. During my bachelorette party, my best friend and I were stinky, dusty and tired after several days camping and a particularly long hike, so we went in search of a hot springs pool that we could soak in.

We found a true gem, untouched by time, the Palm Springs red-headed stepchild of Desert Hot Springs and the Desert Hot Springs Spa and hotel. Though we didn't stay there at that time, we did pay the $5 day fee to soak in one of their 8 or 9 pools and headed promptly to the bar with booths that were upholstered in dark maroon red leather. There was no one behind the bar, but sitting at the bar was a wide, stout man with a heaping plate of spaghetti that was soaking in watery red sauce.

He turned to my best friend, my brother and I and asked what we wanted. As soon as we told him he shouted to an unseen person, "Hey, these guys need a whisky, vodka cranberry and vodka soda!" and continued to eat. All of a sudden a woman showed up sporting the 90's style of bangs which is the top half curled back and the bottom half curled under, not unlike a horizontal version of the parting of the Red Sea. All nested in a bed of permed hair. I immediately time travelled to when I was in fourth grade and made a mental note to come back here.

So we did. We drove to Desert Hot Springs, and on the way from Las Vegas to Desert Hot Springs were some amazing little dusty towns that dare anyone with the tiniest drop of a photographers soul to not make a dusty u-turn and say a silent thank you to the lords above that your spouse is patient. My favorite of all was Amboy where a retired Motel named Roy's was still standing and a road side store was still there.

AND THEN WE MADE IT TO THE DESERT HOT SPRINGS HOTEL AND SPA.

Here's the thing. When I came to this hotel originally, it was in the middle of the day and in the middle of the week. My husband and I rolled onto the courtyard pool scene around 7 PM on a Saturday, apparently a bit late to the witching hour. There were people who'd clearly been drinking through the day and were not going to remember what was happening at that point. My husband and I grabbed some drinks and proceeded to sample the pools. Things got later, the pours got stiffer and we were able to hang in with the craziness until about ten pm. We called it quits after a woman of a certain age slurred to us that an older gentleman had offered her some edibles. I told her to have an adventure (regretful in retrospect). She was silent. So I asked her what she wanted to do and she said that she wanted to go home.

Ten minutes later we look over and she's on a bench with the edibles man taking something out of his hand and putting it in her mouth. My husband and I looked at each other and we knew it was time to call it a night.

THE DESERT HOT SPRINGS HOTEL AND SPA IS FOR YOU IF:

THE DESERT HOT SPRINGS HOTEL AND SPA IS NOT FOR YOUR IF:

If you're feeling like taking the long way and want to stumble upon a bunch of photographic gems, here is a picture of the route that we took and that I highly recommend you take as well:

Tomorrow I'll post more about Joshua Tree and our stay at Indian Cove Campground. If you would like to receive email updates from me as I keep going on journeys both personal and professional, please sign up and you won't miss a beat. 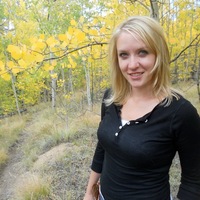 Erin Vazquez is a Las Vegas based writer who has fostered a life-long love of telling stories that eventually blossomed into a passion for helping companies communicate in a way that helped them connect with their ideal customers. As a junior copywriter at a Fortune 500 company, she learned the technical skills of of constructing copy across different media. As a senior copywriter at a boutique agency, she learned what it takes to run a business and how she could apply her skills to making the lives of her clients much better. Now, as a military spouse, she is a citizen of the world traveling with her laptop and making amazing happen wherever she can. Currently she is studying neuro-linguistic programming to further her understanding of the human mind, how language affects it and how together, significant results can be produced for th...

10 Things That I've Learned Over 35 Years

Today I turn thirty-five years old. That&#39;s a few years to have a few thoughts that I would no... Read More

If you ever find yourself needing to be in a Dr. Seuss novel, Joshua Tree National Park is the pl... Read More