Distance Education - The Way of the Future

The traditional way of receiving an education involves students sitting in a classroom with a teacher delivering a lecture, while students listen, take notes and ask questions, and there are a number of traditionalists who believe that this form of education is far superior to distance education. Certainly, for some courses of study, traditional education is not only superior, it is a necessity. It would not be feasible to teach a medical or veterinary student how to perform surgery via distance education. However, despite these extreme cases, for the vast majority of courses distance learning can actually offer a superior, or at the very least, equal learning experience.

As mentioned, the first distance education course was offered in the 1840's by Sir Isaac Pitman. Sir Isaac Pitman was certainly a revolutionary for his time, however, distance education has come a long way from the shorthand by mail format used by Sir Pitman. Today, the vast majority of distance education is offered via the web, utilizing services such as Sakai, an online learning platform favored by over 350 colleges and universities around the world, email, chat rooms and forums, video, and recorded audio. The successful utilization of these services, allowing constant contact between students and teachers, renders moot a number of the concerns voiced by proponents of traditional, classroom based education, such as lack of interaction between the student and teacher.

A common concern voiced by those in favor of traditional education is the worry that distance education students achieve lower grades than classroom based students. This is a valid concern, however there have been many studies showing that distance education students perform at least as well as, and often outperform traditional students. In a study done by Michael K. Swan and Diane H. Jackman at Virginia Tech, the GPA of students enrolled in distance education courses was above average. Further to this, a recent Forbes article cited a study done by the University of Phoenix which showed that on standardized tests, on-line students scored 5% to 10% higher than their traditionally educated peers.

Despite the common held belief that the average college student is 18 years of age and fresh out of high school, this is no longer the norm. For various reasons the average age of college students has risen, and so have the responsibilities of students outside of the classroom. Many students are juggling a family, a mortgage and a full time job, making attending a traditional college campus near impossible. For these students, the decision in front of them doesn't come down to traditional versus distance education - it becomes a matter of distance education versus no education at all. A survey of more than 1400 Americans completed by The National Center for Public Policy and Higher Education has 77% of survey respondents stating that a college education is more important now than it was 10 years ago, and 87% of respondents agreeing that a college education has become as important as a high school education. The importance of an education is clearly understood by most Americans, however for a growing number of people, the traditional educational model is not feasible. Distance education fills a void, offering students who in the past may not have received any higher education the opportunity to further their learning and potentially obtain a college degree.

For a number of reasons, traditional college based education will not cease to exist, at least not in our lifetimes. Certain subjects require on campus study and for some groups of students, particularly young, high school graduates, the on-campus lifestyle is an enticing option. However, for a growing number of people, distance education offers many benefits, making it an increasingly popular choice. The ability to study in one's own time, with the knowledge that a professor or fellow student is merely an email or forum away makes distance education all the more attractive. Couple this with the fact that juggling various responsibilities such as a family and a full time job can make it near on impossible to obtain a higher education in the traditional format, it's clear that distance education is the way of the future. 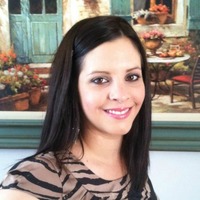 My name is Ashli and I am a freelance writer and blogger currently based just outside of Nashville, Tennessee. I was born and raised in Perth, Western Australia and lived in Paris, France for one year as part of a study abroad program. I graduated from Edith Cowan University with a Bachelor of Arts, majoring in Social Science. As a personal finance blogger, avid traveler, new mother of a young baby, animal lover and wife of an active duty soldier, I enjoy writing about topics surrounding money, budgeting, travel, parenting, animals, higher education, the military and general lifestyle. I am also interested in fashion and makeup, and I am able to writing engaging product descriptions. I am very active on social media, including Facebook and Twitter and I am able to write attention grabbing Facebook posts and Tweets.