Ticks are found all over the world in forests and fields wherever mammals, especially deer and humans, are present. In the United States many areas, especially the Northeast, Texas, California, and the northern Midwest states among others are considered high risk for Lyme disease, and that can only mean one thing: ticks.

For dogs and their owners who rarely leave city or town limits and for whom a visit to a park means a stroll over paved or cobbled paths, ticks might be an infrequent concern. However, for dogs and puppies who live in or visit the suburbs and rural areas—or even the beach in some cases—the chances of getting bit by a tick get higher. For many people, removing ticks from their dogs and themselves is a daily summer chore.

Out of hundreds of tick species worldwide, over twenty-five types have been identified in the Northeast United States.

The main species of ticks include the brown dog tick, the blacklegged tick, the lone star tick, the gulf coast tick, and the deer tick.

Although ticks are active any time of the year as long as temperatures are above 45 F, they are most active during the warm summer months. Although most pet owners find ticks annoying or even disgusting, the worst part about ticks is the diseases they carry.

Many dog owners are concerned about ticks and disease, particularly Lyme disease though there are others such as Rocky Mountain spotted fever, ehrlichiosis, and babesiosis, to name a few.

"Fifteen years ago, a lot more dogs were dying of late stage Lyme than they are today because we weren't as educated about the disease back then," explains Dr. Judy Morgan, DVM, of Clayton Veterinary Associates in Clayton, New Jersey. "These days, we don't see nearly as many fatalities as we used to because of increased education."

Dr. Morgan and other veterinarians now know to suspect Lyme disease when a dog or puppy has flu-like symptoms such as fever, joint pain or swelling, lameness, lethargy, loss of appetite, and unusual neurological behavior. If a dog has a history of exposure to ticks and has these symptoms or most of them, he should be seen by his vet as soon as possible.

"Over 95% of Lyme cases are treatable with antibiotics such as Doxycycline, especially with early diagnosis," Dr. Morgan says. "But once the disease progresses, we start seeing kidney involvement and it's much more challenging to treat."

With increased awareness of ticks and tick-borne diseases, many dog and puppy owners are rightfully concerned about avoiding ticks.

Although no tick preventative is 100% effective, and no chemical preventative is free of health risks, most of them do decrease the number of tick bites a dog receives, and that cuts down on the risk of diseases such as Lyme. Removing a tick as soon as possible also lowers the chances of infection, since most tick-borne diseases take at least several hours to be transmitted.

The first line of defense is to avoid tick-infested areas, and that can start right at home if you have a yard. Keep the grass mowed short, plantings tidy, and weeds cut down. Depending on your region, shady and overgrown areas are inviting to all sorts of critters from mice, rabbits, and squirrels to groundhogs and deer. All mammals and even birds can carry ticks in any of their life stages, so keeping the yard as free of wildlife as possible and a dog away from wildlife territory is a good idea.

While visiting parks or any area with an abundance of brush and trees or forest, keeping to a well-worn trail can help both dogs and people avoid ticks.

At beaches, avoid the dunes and any area with sea grass or other vegetation. Ticks don't jump or fly, so dogs have to get pretty close for a tick to attach.

And remember, whether a dog is trail-blazing or bush-whacking, he should be checked for ticks as often as possible while out and about. Large ticks are often easily visible, especially on light-coated dogs, and they can be removed quickly before they have a chance to sink their mouthparts in.

After an excursion, the dog or puppy should be thoroughly examined for ticks, especially in and around the ears, where legs meet the body (the armpits, so to speak, and groin area), between the toes, and any area where there's little or no hair on the dog, and especially in skin folds. Remove a tick carefully by grasping it as close to the mouth as possible with tweezers and pulling gently. Here's a good guide to tick removal.

Hundreds of chemical products are available that claim to prevent ticks from attaching to a dog or puppy or to kill them after they bite, but not all are effective, and none of them are entirely harmless. Some are safer than others depending on the ingredients used. The "spot-on" treatments, such as Frontline®, that are available from your veterinarian are among the best choices.

"All topical tick preventatives are currently under investigation for safety, but most of the complaints and problems concern over-the-counter products that use different ingredients from the products vets recommend," says Dr. Morgan.

Dr. Morgan emphasizes that Frontline® is just one product of many, and that it's a mistake to call all spot-on tick or flea preventatives Frontline®. Just as not all tissues are Kleenex® and not all household bleach is Clorox®, not all tick preventatives are Frontline®, and the active ingredients are different and have varying degrees of safety. 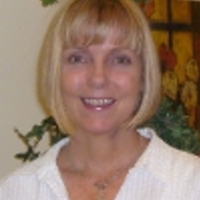 I have over fifteen years experience as a professional writer and copyeditor. Plus, with a BA and MA in English, I’m well-equipped to take on almost any assignment in my speciality areas regardless of style, voice, or reading level requirements. Specialities include health, personal development, and medical topics for the layperson; organic gardening and landscaping; real estate; pet care and veterinary medicine; environmental and social concerns; and food, restaurants, and wine. I’m also experienced in business writing, e.g. entrepreneurship, content marketing, communication, and sales. My goal is to provide businesses with clear, compelling writing that communicates the right message. And customer service is just as important to me as the quality of work I deliver. I treat you with the professionalism, courtesy, and respect you d...

10 Reasons to Not Become a Vegan

# 10 Reasons to Not Become a Vegan If you get out once in awhile, scan magazines in a grocery st... Read More