Austin, Tx Austin, Texas is located in the heart of Travis County. With a population rivaling that of Phoenix, Arizona, the metropolitan area of Austin-Round Rock boasts a populace of nearly two million people. Not only is Austin the state capital, but this city is also referred to by many as the world's capital for live music entertainment. In 2012, Austin was ranked 2nd safest city in the United States by the FBI. Fun Facts about Austin, Texas All cities have fun, weird, or altogether crazy little-known facts to those who do not live within its boundaries. For instance, did you know that Austin is home to the largest urban bat colony on the North American continent? The bat population in Austin ranges from nearly 750, 000 to 1.5 million in peak season. Another neat fact about Austin is that its state capitol building, first opened in May of 1888, is the largest capitol building in the US. Surprisingly, it is even larger than the country's capitol building in Washington, D.C. Annual Events in Austin Music lovers will find Austin tough to beat. Zilker Park in downtown Austin is home to the famous 3-day music festival, Austin City Limits, which hosts over 150 different musical acts in nearly all genres. Blues on the Green also hosts live music every summer. Things to Do in Austin Whether you're a lover of all things outdoors, or you appreciate the finer, artistic side of life, things to do on both counts abound in Austin, Texas. If seeking the thrill of nature, you'll find many lakes and streams perfect for boating, swimming, and fishing. Trails for biking and hiking are also available. Zilker Park's natural perfection will delight in warmer weather. Hike or bike the trails around Lady Bird Lake or indulge in a swim at the Barton Springs Pool. Eateries in the City Regardless of your palate, finding a great place to satisfy your hunger pangs is not difficult in Austin, Texas. Chinese, French, Indian, Middle Eastern, and Thai cuisines top the favorites of local Austinites. New Fortune Chinese Seafood Restaurant, Baguette et Chocolate, Asiana, Saffron & Sesame, and IM Thai round out this city's best places to grab a bite. 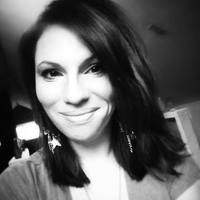 Jennifer (J Lynn) Cameron is a full-time freelance writer and editor enjoying life in the Pacific Northwest. Writing professionally since 2010, she joined Scripted in 2012 and is now a Platinum-level Writer enjoying helping brands find their voice. She's written thousands of articles in various niches, but her specialties are sales, marketing, accounting, and finance. When she's not writing or dreaming about world travel, she spends her time reading. With coffee.

Selling a car in Texas: Everything you need to know

How to finance a used car

Sell My Car: A Complete Guide to Private Car Sales

Is there a 30 day warranty on used cars?

Do you have to pay taxes when you buy a car from a private party?

How to buy a car without paying dealer fees

Your Complete Guide to Starting a Career in Truck Driving

Extended Warranty for Used Cars: Everything you need to know

Do I Need Full Coverage Insurance on a Used Car?

How to Avoid Odometer Fraud When Buying a Used Car

How Robocalls Destroy Consumer Confidence and Force Businesses to Adapt

Why Organizations Should Register Phone Numbers With Carriers

How to Decide What to Write About

How Phone Etiquette Can Increase Your Customer Experience