3 Easy Ways to Be Awesome at Mobile Content Marketing

3 Easy Ways to Be Awesome at Mobile Content Marketing Here's the deal. It seems like we're facing the end of an era — The Age of the Desktop Computer. Now that we have lightweight tablets to tote around, smart watches to wear on our wrists, and internet-connected phones that fit in a breast pocket, desktop computers are becoming obsolete – which means we're shifting to a world in which people will only be accessing the web from small, portable devices. • According to a report on mobile Internet usage by Pew Research, more than 64% of all American adults now own a smartphone and 46% of them actually say they "couldn't live without" one. • According to comScore, mobile digital media consumption surpassed desktop media consumption in 2015, with 60% of Internet users choosing to browse the Internet on their smartphone or tablet rather than use their computer. • More than 75% of all North Americans got on the web using a mobile device in 2015 – and that number is expected to reach 85% by 2018. So, if you're a content marketer, you should be happy that people are spending so much time consuming media on the Internet. That's a ton of people that could potentially see your stuff! However, as mobile usage increases, it's important that you tailor your content to consider that shift – since the media people tend to consume on mobile devices are vastly different than what they are devouring on desktops. If you're looking to capitalize on the dawn of the mobile Internet age, here are some ways that you can tweak your mobile content marketing to make sure that people look at it while they're on the go. 1. Craft great headlines. If you're writing something you want people to read, you always have to write a good headline. According to Copyblogger, 8 out of 10 people using the Internet will read headline copy, but only 2 out of 10 of those people will read the text that follows it. But a good headline is perhaps more important than ever now that you're writing for mobile, since users are on the move — meaning they probably have the attention span of a goldfish. So, when you write a headline for mobile, follow these two simple rules: • Write something that's short enough to digest easily. • Write something that's going to pique someone's interest and make them read on when there are a ton of other distractions around. A good strategy for keeping readers rapt? Take advantage of the curiosity gap and write a headline that asks a question, pauses a story at a climactic moment, or withholds key information. Like any good cliffhanger, curiosity will lead people to read on – and then they'll get to discover all that valuable information you have to offer behind your opening line. 2. Make sure your users can access it on any device. You've surely heard the phrase a million times, but just to cover our bases, let's touch onresponsive design. Responsive design is a type of web design that can detect what screen size, device, and platform a page is being viewed on, then automatically make that page appear in a way that both looks good and functions well for that specific on-screen environment. If you want to make sure your content does well on mobile, you need to put it on a site designed responsively. This allows users to consume your content easily whether they're browsing on their computer, tablet, smartphone, watch, etc. Also, mobile-friendly design now boosts a site's SEO, thanks to a mid-2015 change in Google's algorithm. This means your content is more likely to get found in a Google search if you put it on a responsive page. In short, not designing responsively could end in every content marketer's nightmare: pieces that look bad, function improperly, or, worst of all, don't even appear when viewed on certain devices. Avoid alienating an entire group of potential customers and work with your web designers or tech people to ensure that your content is on a responsive page. This will help make sure it can get found – and consumed – wherever people are. 3. Tighten up your writing. According to expert content guru Neil Patel, how you say something is just as important as what you say. While every literary genius ever would agree with this, it's a fact long lost in the morass of web writing. Thanks to mobile, clarity and brevity are once again critical when trying to express ideas that people are going to view on a small screen. Of course, people have a shorter attention span when they're on the go. But there's another reason that wordy content doesn't too well on a mobile device: it's (physically) longer. When people often have to tap, swipe, or scroll to see content, you lower the chances that they'll actually take the time and effort to consume it. Don't make people do too much "work" to take in what you have to say – they'll just end up looking for something easier somewhere else. Want to make sure your content isn't too lengthy? Fluency is key. Focus on tightening up your writing. Edit out extra sentences, pare down complicated phrasing, remove extraneous ideas, and take out unnecessary punctuation. What you should be left with is a piece that is free of anything that isn't necessary or valuable. If you're not sure how you can make your writing tighter, check out this awesome list of tips from The Write Life. It includes clever ways to tweak your vocabulary, punctuation, and grammar. Technology Changes, Good Ideas Endure Computers and screens are getting smaller and smaller – but that doesn't mean content marketing is becoming obsolete. As long as you keep coming up with great ideas, there are going to be simple ways that you can tweak their presentation so that you continue to get them into the hands (and brains) of all the right people. 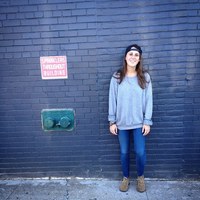 Becky is a full-time, New York-based content specialist with experience writing search-optimized content for blogs and websites. (She also writes for print!). After graduating from Yale University, she spent nearly a decade working in the arts and publishing industries in NYC before deciding to give up all her belongings to write and travel the world. Becky currently creates content for Duarte, an agency that helps companies tell better brand stories. and her own company, Bespectacled Editor.

6 Important Things to Know About SEO in 2017

Why You Deserve a Weekend Getaway to the Bahamas

Let's face it – there's really nothing better than a relaxing getaway to somewhere exotic. Sand b... Read More

All You Need to Know About Content Marketing vs. Traditional Advertising

(excerpted) Way back when, before I became a content marketer, I thought I had a good understand... Read More

4 Reasons You Shouldn't Underestimate the Power of the Podcast

There's no question that today, digital publishers and businesses with an online presence need to... Read More