Why Anyone Can Be a Compelling Storyteller 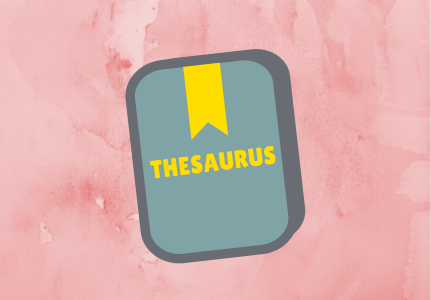 Sometimes the most shared pieces of content are created from an unlikely source.

The New York Times is known for publishing some of the best journalism in the world. Considering that it's been around since 1851, it continues to set a high bar and example for what original and innovative content should be. To that point, getting published in the prestigious publication is no easy task for even the world's most well-known writers.

See also: What the New York Times can Teach You About Quality Content

A couple months ago though, Northwestern University's Knight Lab reported that The New York Times' most popular piece of content in 2013 was created by an intern named Josh Katz. The article isn't your typical "reported" article though; it's an interactive quiz named "How Y'all, Youse and You Guys Talk" and it determines your most fitting U.S. region by the way you speak (if you haven't taken this quiz yet, you should). This piece of content proved to have more visits and shares than any of the articles published throughout the Times' Boston Bombing coverage. The fact that an intern created the Times' most popular article in 2013 is remarkable enough, but what's even more interesting about Katz is that he wasn't a journalism student or even an aspiring writer. He was a grad student in the Department of Statistics at North Carolina University who followed his own curiosity and took a deeper look into the Harvard Dialect Survey.

In the interview with Knight Lab, he admitted that he never pictured himself being "part of the journalism world." Katz described himself as a numbers guy and therefore he was able to create an engaging piece of content based on his expertise and skill set. Recently, we wrote about increasing the credibility of your content and how going straight to the source can do just that. But what happens when the closest source is the creator? Like Katz who had more experience in statistics than writing.

Sometimes they're the ones who have the most insight and ability to tell the most compelling stories. Let's take a look at more examples of popular content that people who aren't necessarily "content professionals" have created.


In 2013, Slate.com's most popular story was "Drowning Doesn't Look Like Drowning." The article explained how drowning doesn't look as obvious as people would expect it to be. It received 749,000 likes on Facebook and 7,800 tweets. The writer, Mario Vittone, is U.S. Coast Guard retiree. That was the only article he's ever written for the publication. While he continues to write on his blog, his main focus is raising awareness about safety at sea.


In 2013, The New Yorker's most popular blog post was "Photographing Love." It was simply a curation of compelling photos by photographer, Jessie Wender. The photos were taken by various photographers who focused on taking pictures with their significant others. Viewing curated photos from a photographer's perspective can be a very different experience.

BuzzFeed's "21 Pictures That Will Restore Your Faith in Humanity"


Chances are you've scrolled through this article a time or two before. This is one of BuzzFeed's most popular articles to date (more than 4.5 million views) and continues to receive ongoing shares, likes and tweets. The article was put together by Jack Shepherd -- current editorial director, former community manager. Prior to working at BuzzFeed Shepherd was on the marketing team at PETA, according to his LinkedIn page. The reason he's included in this is because he wrote this as a community manager -- he knew directly what the BuzzFeed audience wanted to read.

As you can see from these examples quality content can be created from anyone. More times than not it depends on the audience and knowledge that the storyteller has to make an article worth sharing.

What's your favorite piece of content to date (created by an unusual suspect)? Share your thoughts with us in the comments section below.

To Read More About Content Marketing Tools See Below: